There are three, interconnected, annual cycles which combine to make the full budget process:

Also known as the Governor's Budget process, the state's budget process begins in November of the year before the fiscal year for which the budget is to be enacted.

September: In the September of the prior fiscal year, CSU Trustees adopted the Operating Budget Request for submission to the Governor.

January: The Governor’s Budget is submitted to the Legislature.

February: The Legislative Analyst’s Office review of the Governor’s Budget is published.

May: Revision to the Governor’s Budget is released.

June: The state budget is enacted.

Often called the CSU Budget process, the system's budget process begins in May before the fiscal year for which the budget is to be enacted.

May–June: The CSU System Budget Advisory Committee (SBAC) consults with CSU campus constituents in May and June of the prior year.

July–August: The CSU Board of Trustees consults on the budget with the CSU presidents and SBAC.

September: The CSU Board of Trustees adopts the Operating Budget Request.

February: The Legislative Analyst’s Office analyzes the Governor’s Budget and publishes its findings.

June: The State Budget is passed.

Our campus's budget planning process starts in December of the year before the fiscal year in which the budget will take effect. 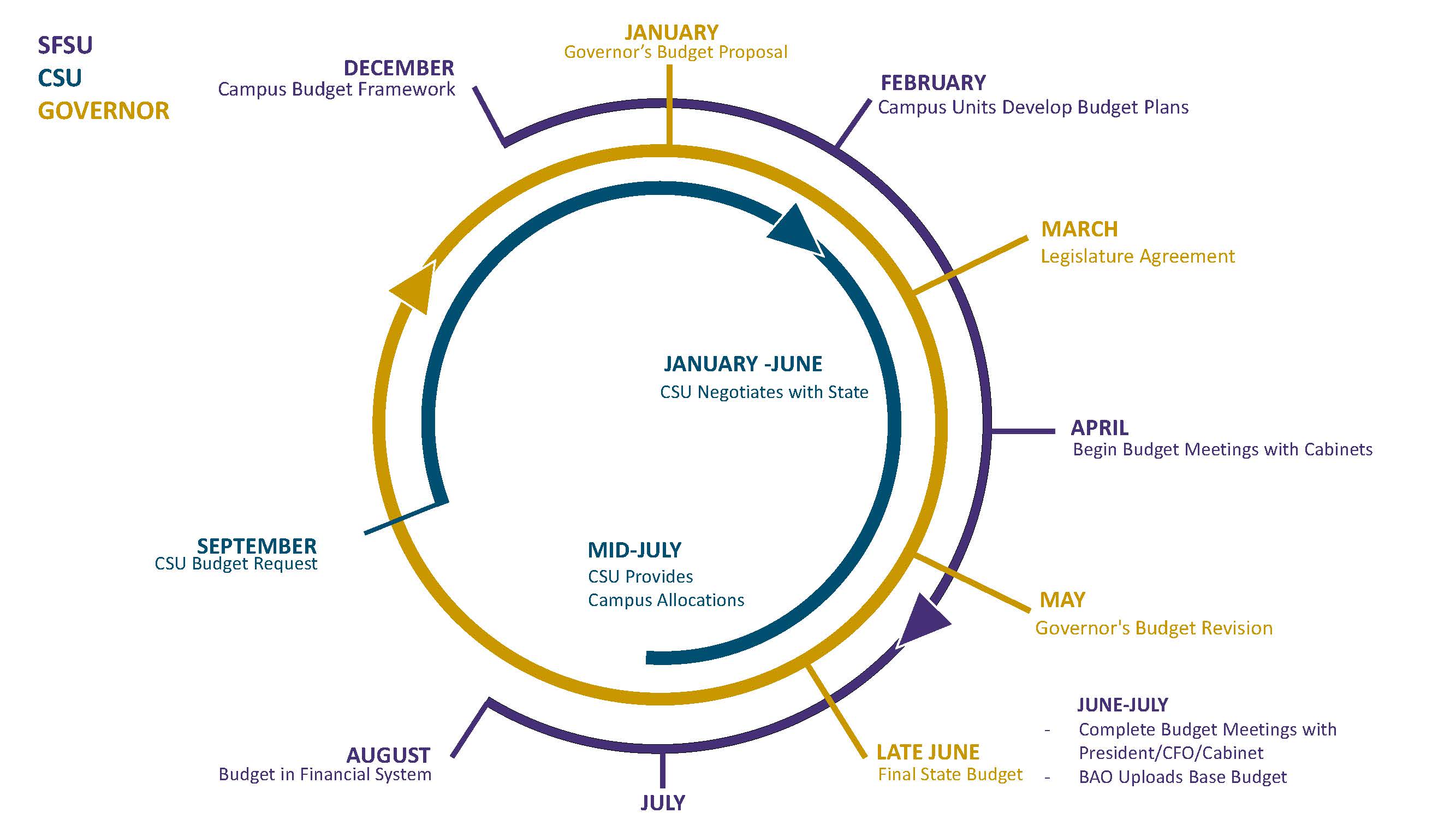 November (of the year before the Fiscal Year being planned):

December (of the year before the Fiscal Year being planned):

To view PDF files, you may download Adobe Reader.