This following important concepts and definitions are frequently used in budgeting at SF State. Review the information below to gain a fuller comprehension of SF State's Budget.

There are four different categories of funds: 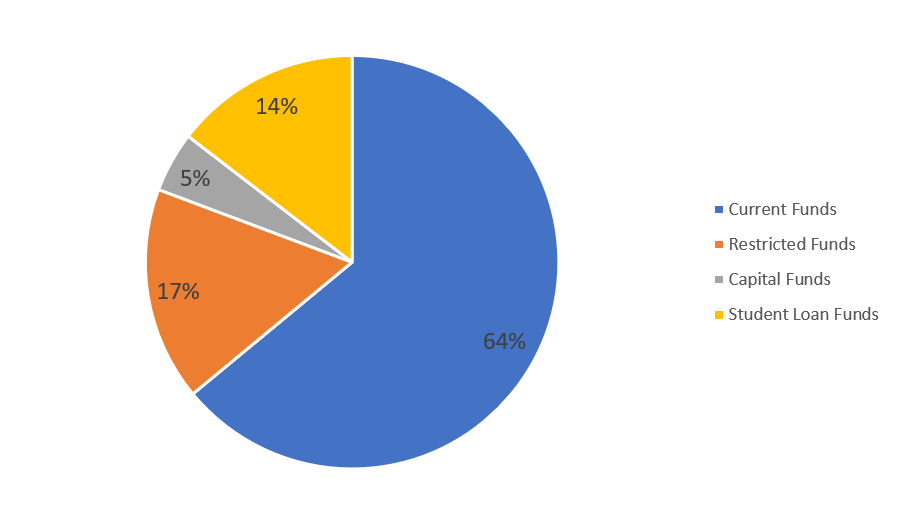 Restricted Funds: Federal and state grants and contracts, endowment income, federal and state financial aid and restricted gifts; use of funds for research, scholarships, public service and financial aid. These funds generally cannot be used for purposes other than those for which they were received.

Capital Funds: Funds to be used for capital projects, such as construction of new facilities, nonrecurring maintenance or debt service. These funds cannot be used for other purposes.

Student Loan Funds: Funds to be borrowed by students. These funds cannot be used for other purposes.

Base Budget: the permanent funds given to each unit so that it can carry out its mission each year.

Budget: the plan for where revenues adequate to run the University are forecast to come from and for how those funds should be allocated each year.

B-Memos: the budget allocations memos distributed by the CSU Budget Office to provide information to the 23 campuses regarding fiscal year budgets or other important directives related to allocations.

Carryforwards: funds left unspent at the end of the fiscal year in the General Fund.  They do not reoccur each year.

Fiscal Year: the CSU and SF State fiscal operations begin on July 1 and end on June 30. Most spending (except for reserve funds or RT funds) has to be completed within this period.

Full-time Equivalent Students (FTES): an important measure of the number of students at SF State.

Funds: the different buckets in which monies are kept.  Each operates as its own system, with spending and revenues received in each of these. The main fund is the General Fund, through which most revenues and out of which most spending, occurs. See the Important Concepts section above for more detailed information.

General Fund or Current Fund: the main bucket of funds for organizations.  At SF State, the General Fund for 2019–2020 had a budget of $401 million.  Funds have to be approved by the Legislature and Governor then are sent to the CSU for distribution to be each campus.  Money in this fund generally need to be spent by the end of the fiscal year.

Governor’s Budget: In January, the California Governor proposes a plan for obtaining adequate revenues and a plan for spending those revenues. The Legislative Analyst’s Office (LAO) analyzes the proposal and publishes its findings. The Governor revises the proposal in May in what is called the May Revise. The Legislature reviews this proposal and then votes to change and/or approve it. After, the Governor then signs what the Legislature has passed, the allocated funds then go to State agencies like the CSU.

Headcount: the number of people (like students) at any one time.

One-time Only Funding: funding that is not part of a unit’s permanent base but rather, comes in one pot and should not be expected to be allocated again.

Reserve Fund: another bucket of money, where funds set aside for later spending are kept.  Not all types of funds can have funds remaining in them at the end of the fiscal year, to be carried forward into the next fiscal year.

Restricted Fund: A restricted fund is a reserve account that contains money that can only be used for specific purposes. Restricted funds provide reassurance to donors that their contributions are used in a manner they have chosen.

Capital Funds: the expenditure of funds to acquire land or pay the cost of planning and construction of new buildings, or additions to and modification of existing buildings and the equipment which is related to such.

To view PDF files, you may download Adobe Reader.